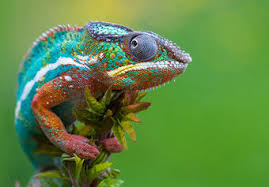 Great leaders are adaptable. Paul Hersey and Ken Blanchard called this Situational Leadership.  In short, leaders are hands-on with workers who need supervision and support. Conversely, leaders will delegate to workers who are competent and confident.

Hence, leadership is a blend of direction and support. This translates into four leadership styles: Telling, Selling, Participating, and Delegating.  Let us look at those styles.

Telling (Directing) is for people who need guidance and motivation.  This means one-way communication, step-by-step directives, and clarity on consequences for failure. The leader clarifies the task, sets milestones, monitors, gives feedback, and rewards output.

Selling (Coaching) is for workers who want to learn.  This worker is motivated, but he may lack skills. The leader coaches the worker, building confidence and aptitude.

Participating (Supporting) leadership is for employees who have the ability but lack confidence to work independently.  These workers still need oversight and support.

Delegating leadership is for employees with high confidence and competence. They know what needs to be done.  And they can do the work, on their own.  These staff members can take more responsibility. The leader still supervises performance, albeit from a distance.

How can we use these 4 styles in our leadership?

Leaders must grasp the competence and confidence levels of their workers. Then, the leader adapts his style: The leader is a chameleon, varying leadership style for everyone in the team.

Inexperienced workers—and those who lack motivation or skills—need specific instructions and clear goals. The leader tells them what to do, and makes sure they do what they are told. That is telling or directing.

Selling (Coaching) is for workers who are motivated yet they lack skills and know how.  These workers are happy to learn. They will blossom with coaching. So, the Leader coaches the worker towards greater independence.

Participating (Supporting) leadership style is for workers who are capable, but still need support. The Leader is more of a cheerleader.  He gives encouragement and feedback.

Delegating is the highest level of autonomy, for both workers and leaders. The worker is both fully proficient, enthusiastic, and able to shoulder enlarged responsibility. The leader delegates additional jobs and roles to this worker. Again, he monitors, but from a distance. This is the “hands-off-eyes-on” level of leadership.

Situational leadership is about optimization: The leader commands workers who are less autonomous. Leaders step back and delegate to self-reliant and competent workers.

This is a dynamic process.  As workers learn skills, developing confidence, the leader morphs into a coach, or mentor. By the same token, if the business enters a new activity, the leader takes greater control of the entire team until workers are competent.

Leaders are rigid on values, flexible on the process, and focused on their overall mission. Situational leadership bridges all these priorities.